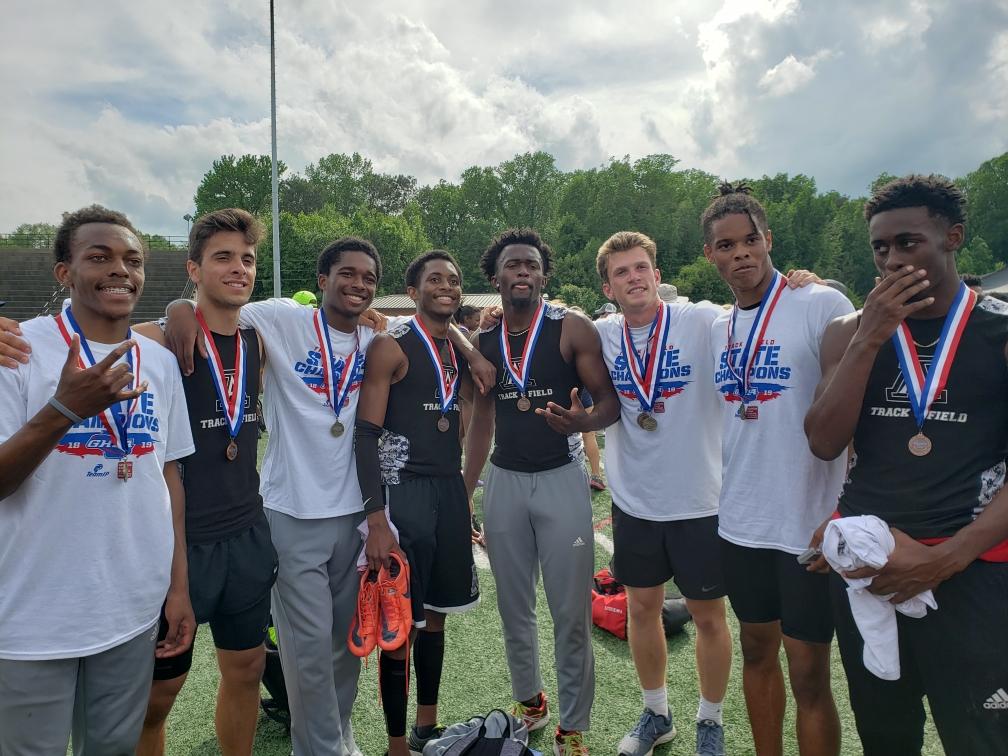 Congratulations to the Alpharetta High School Boys Track & Field Team for becoming the first boys’ team to win a state championship title in school history. The boys captured the 2019 GHSA 6A State Championship title after placing 2nd at the 2018 State Meet.

It all came down to the last event, the 4x400m relay. The Alpharetta Raiders Boys team was tied for sixth place with six other teams. With AHS was the only school with two 4x400m teams in that race, they had an opportunity to do what no other team in their position could do. Win the entire meet!

As both teams stepped out on the track, they knew what needed to be done. They had to leave it all on the track, which is exactly what they did. The A team raced to a commanding lead and would finish that way; however, the road wasn’t as smooth for the B team. They had to fight tooth and nail for what they knew they deserved, a spot on the podium! The B team’s anchor was in 5th place as he approached the final curve. That was good enough to win, but by now it was more than just securing the win it was about making a statement. So, instead of playing it safe, he went for it all and passed two teams on the curve and fought to hold them off on the home stretch to earn a third place medal and a spot on the podium. With an added bonus of getting revenge on a team that beat them at sectionals by walking down our anchor on the home stretch. Oh yes, we deserve to be here! 2019 State Champs.